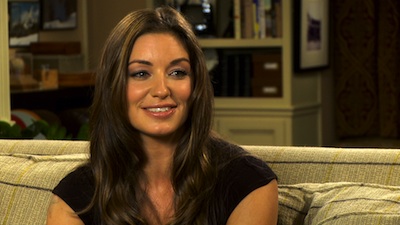 Soccer star Landon Donovan and his Rules of Engagement wife Bianca Kajlich have filed for divorce, the couple have been married for almost four years.

Donovan filed court papers on Tuesday at the Los Angeles Superior Court, citing the standard “irreconcilable differences” clause of the separation. Donovan and his wife separated on Oct. 31, 2009.

Donovan is requested spousal support and attorney fees from Kajlich.

The divorcing couple married in 2006 on New Year’s Eve, they have no children.

If you’re unfamiliar with Donovan, he scored the winning goal for Team USA during the World Cup game vs. Nigeria. Apparently being a soccer star in the U.S. however doesn’t pay the bills with his support request being filed.