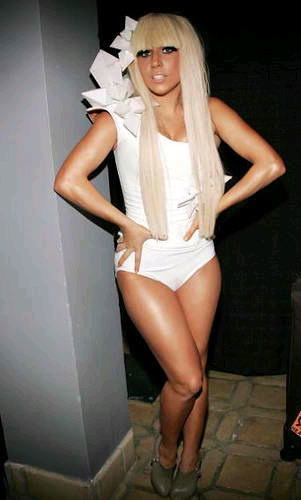 Lady Gaga and her wristbands for Japan’s earthquake relief efforts seem to not have gone down the proper profit beneficiary channels . This has been the class action suit filed against the pop sensation  and the other companies involved in the sales and marketing of the “ We Pray for Japan”  wristbands.

The $5  white and red  rubber bands, whose sales and profits were supposedly promised by the singer to benefit the victims of  Japan’s earthquake, are now in question through allegations of  Michigan legal network, 1800 LAWFIRM. The law firm is also pinning charges on account of “artificially inflated reports of total donations” as well as overcharging buyers on shipping costs.

This entire lawsuit comes in the wake of reports that federal racketeering and consumer protection laws were being broken through deceptive advertising as well as misappropriation of profits from the sales of the wristbands.

The 25 yr. old singer’s official website does show a significant number of comments from fans who have expressed their disappointment on  the long delivery as well as shipping and handling costs  of more than the price of the said wristbands.  The lawsuit filed against the pop diva aims to shed light on any improprieties and ensure that the singer and her partnering companies appropriate the full donations to their  promised beneficiaries.

Steffani Germonatta, or also known in pop music as Lady Gaga herself – graced the pages of Forbes magazine  as the most powerful celebrity in the world.  She is currently doing her “Born this Way”  benefit concert tour in Japan. Sales from the rubber bracelets along with other marketing ventures have been reportedly donated to the earthquake victims totalling a whopping donation of $3 million.