.
You are here: Home / Celebrities / Kirsten Dunst Checked Herself Into Rehab Because Of Depression 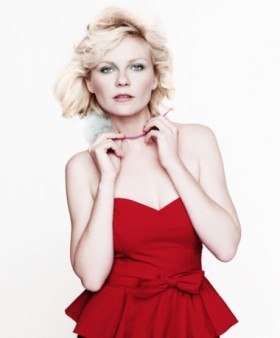 Kirsten Dunst has revealed that her rehab stay at the Cirque Lodge Treatment Center in 2008 was not due to the standard substance abuse breakdown that many stars go through, but rather due to depression.

In an interview for the Dec. 2010 / Jan. 2011 issue of BlackBook Magazine Dunst reveals that she was suffering from depression:

“I know what it’s like to lose yourself, to no longer know the difference between right or wrong. My friends and family were put in a position where they had to defend me, and it was an awful time.”

Dunst says she became angered after rumors began flying that she was addicted to drugs and alcohol, saying that her partying was no more than other people her age.

“When you’re a single girl in your twenties, yeah, you go out with your friends. And sometimes you drink too much. I don’t know anybody else, with any type of job, who doesn’t do that.”

After reassessing what she wanted to do with the rest of her life, she decided she wanted to keep on acting and she’s been cast in the film adaptation of Jack Kerouac’s On the Road which will open in 2011.