Kim Kardashian shows off her belly on instagram to prove there is a growing Kanye Junior inside her. 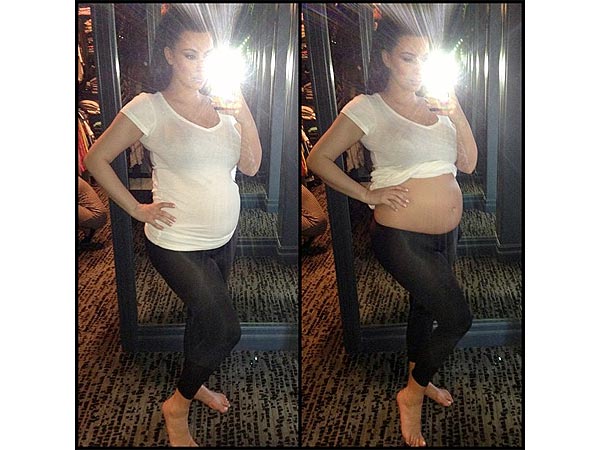 Heads up, people! The reality television star’s pregnancy is real and not a publicity stunt. Why? because Kim is finally flaunting her belly and no longer hiding it under loose clothing unlike a few months ago.

Kim K’s first trimester is finally over and the truth has finally caught up with her- she very much pregnant and gaining weight as any preggy woman would. 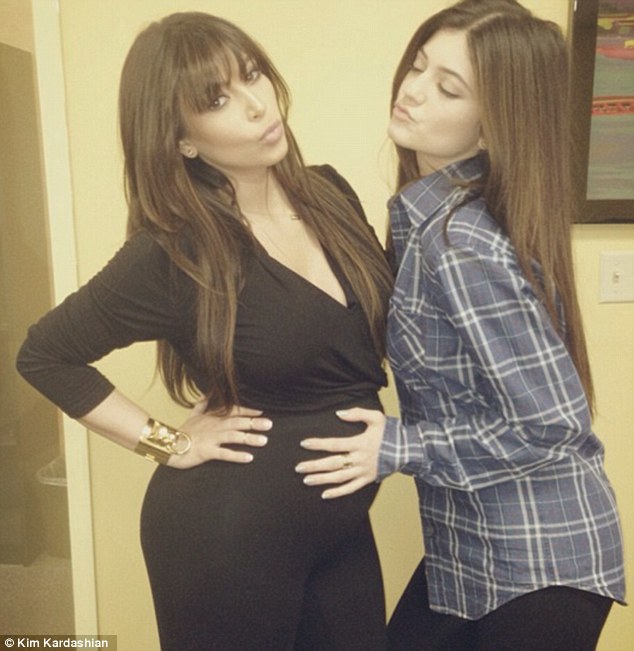 Wow what a bump! Kourtney has her hands on Kim’s future baby 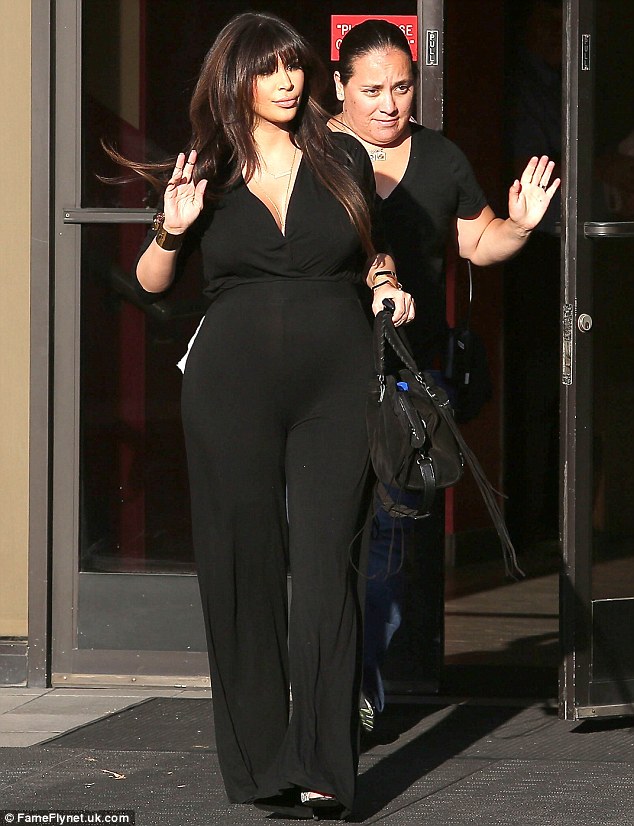 Though Kim is quite stressed out with her impending divorce trial this May, Kim’s legal team is quite sure that the star ‘did not defraud (Humphries) into marrying her.’

Kim K just wants the divorce proceedings over with before she gives birth.