Because regular human beings are constantly whining about overly airbrushed sexy celebrity photos, Kim Kardashian decided to do something about it.

She leaked, or better yet, tweeted photos of her latest bikini shoot with photographer Nick Saglimbeni. “[sic] At a photo shoot w @NickSaglimbeni HOT HOT HOT! Not even retouched yet!,” she tweeted 21 days ago. 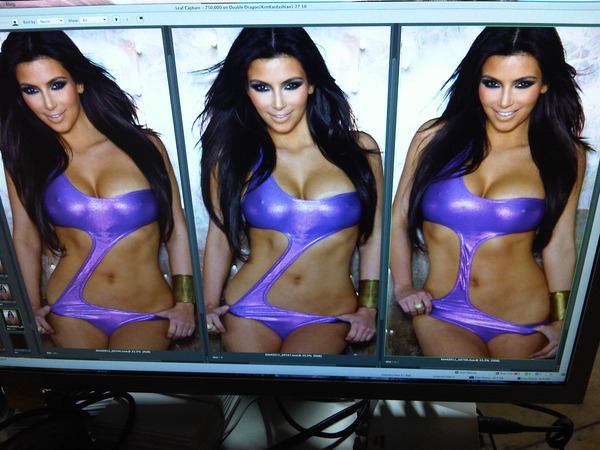 Moments later, she tweeted another photo from the shoot:
“[sic] Another sneak peack from my shoot! Love this Brian Lichtenberg swim suit! SUPER SEXY & EDGY!” 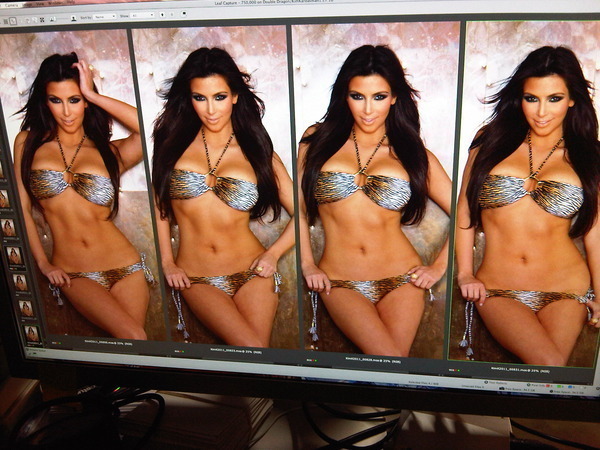 Although not as flawless as those magazine covers/spreads that are Photoshopped to death, Kim’s photos are hot! It’s about time people saw real photos from a shoot before getting into the hands of the magazine production and editing crew.