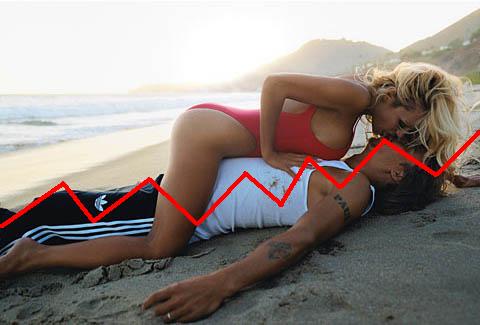 Not that it really held either party from dating all over the place, but it looks likeÂ 35-year-old Kid Rock & 39-year-old Pamela Anderson are officially getting divorced.Â  TheÂ famous couple separated in NovemberÂ & have both decided that they would like to proceed with the actual divorce.Â

From the nuptials on the yacht off the coast of St. Tropez to their Malibu & Nashville wedding vows, it was a crazy four-month long marriage that saw both beauty & despair.Â  As for why the couple did decide to split, I’m still going with Borat, but I image the miscarriage might have had something to do with it as well.

Wishing to both Pamela &Â the Kid a happier lifeÂ down theÂ road.

You tell me- Was theÂ KidÂ Rock & Pamela AndersonÂ marriage(s) destined to fail?

Thanks toÂ for theÂ image.Â