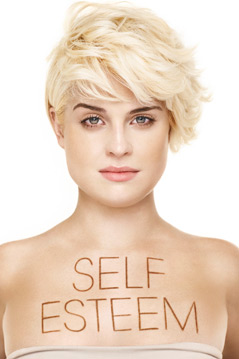 Gone are Kelly’s wild child days. The 25-year-old is leading a healthier and more positive lifestyle. She has lost weight, thanks to her recent stint with Dancing With The Stars, and is hooked on sunless tanning.

She recently teamed up with St. Tropez in her role as ambassador for the Prince’s Trust and is the new face of the brand’s Self Esteem campaign. The campaign’s aim is to tackle the body image issues of young women.

Kelly has been an ambassador for The Prince’s Trust for three years and passionately believes in their work, helping young people overcome issues such as depression, drug addiction, and long-term unemployment.

“Dancing With The Stars and having my first ever St. Tropez spray tan was a huge confidence booster for me—it helped me to get fit and allowed me to look and feel beautiful from the outside, in,” she said. I know this is just a PR statement for the brand, but it’s a refreshing change from the cussing teenage rockstar we watched in MTV’s The Osbournes.

To help promote the project, Elle magazine UK did a ’90s glam photo shoot with Kelly. Check out the online feature here.