.
You are here: Home / Mischief & Mayhem / Keith Urban Says His Life was ‘Unmanageable’ Before Rehab in Video 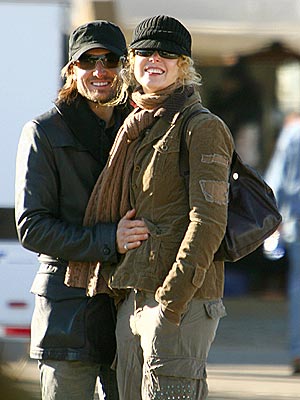 Country star &Â Nicole Kidman’s hubby, Keith Urban,Â released a video to fans revealing that his life was “unmanageable” before he entered rehab on October 19, 2006.

Â Urban admitted himself to the Betty Ford Clinic in Palm Springs, but said there was “no cataclysmic event” that led him to that action.Â

In the video released on a fan Web site, Urban states, “What it was, was a lot of small things that were happening in my life, and a lot of small moments that were starting to accumulate that were telling me very loud and clear that I was a long way from my program of recovery, and they were making my life unmanageable.”

Urban, who stayed at the clinic for 60 days longer than the recommended 30 days, said his time in rehab had s strong impact on his life.

“It’s hard to quantify what I learned,” Urban reveals. But “it’s been one of the most impactful times of my whole life.”

Keith says he’s doing great & ready to get back into the swing of things.

“And thank you to everybody out there â€“ I got a lot of support from everybody in the last three months, lots of e-mails and cards and letters. It meant a lot to me, so danke schÃ¶n.”

Apparently a little German tickled Urban’s thankfulness for his fan’s support.Â  Anyway you cut it, we’re glad to see that Keith is doing so well.Â  Now, I wonder how Nicole is doing with this new step in their lives….

You tell me- Do Keith Urban & Nicole Kidman make a lasting couple?