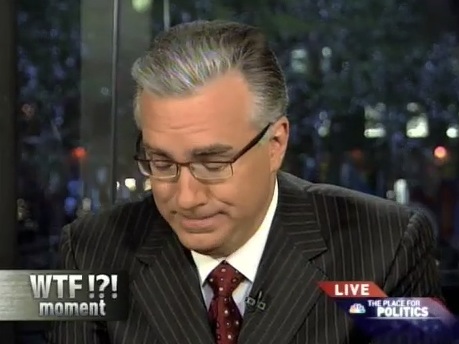 That didn’t take long! Keith Olbermann is back on the MSNBC air on Tuesday after serving a suspension for making political donations to three liberal candidates.

Olbermann had been placed on “indefinite suspension” with no pay and the decision drew the criticism of more than 250,000 MSNBC viewers who signed an online petition to have him reinstated as soon as possible.

Obermann had given the federal maximum of $2400 to Arizona Reps. Raul Grijalva and Gabrielle Giffords and Kentucky Senate candidate Jack Conway.

“After several days of deliberation and discussion, I have determined that suspending Keith through and including Monday night’s program is an appropriate punishment for his violation of our policy. We look forward to having him back on the air Tuesday night.”

Translation: I screwed up, but I want to prove my point with an entire extra day off the air.