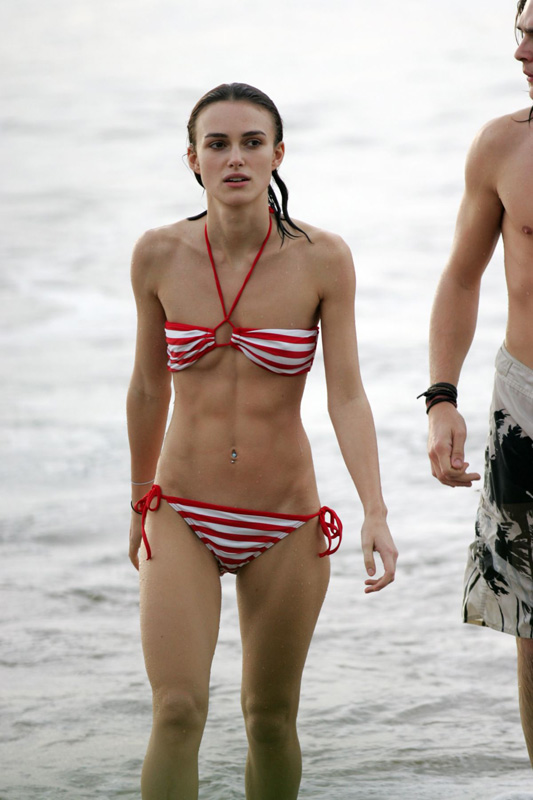 21-year-old Keira Knightley is suing British tabloid Daily Mail over anorexia reports.Â  The PiratesÂ of the Caribbean actressÂ claims the newspaperÂ misled the public by saying she suffered an eating disorder.

The situation Knightley speaks of occurred January 11 when London’s Daily Mail ran an article with a bikini-clad Keira looking extra skinny, on which they remarked.Â  The same article went on to report about a teenager’s death from anorexia, revealing that Knightley may have just the same problem.

Keira’s rep revealed that Keira isÂ fine & healthy, saying, Â “Ms Knightley has publicly denied suggestions that she might be anorexic or have a similar eating disorder, including in a prominent way at a well-publicized press conference…in London last summer.”

Her rep went on to say that the legal proceedingsÂ “will show that she does not have anorexia; and further will challenge the suggestion that she is responsible and to blame for the tragic death of the teenage girl by setting a bad example.”

Keira’s case against the Daily Mail will reach the courts later this year, if not early 2008.

You tell me, Is Keira Knightley a bad example for girls?