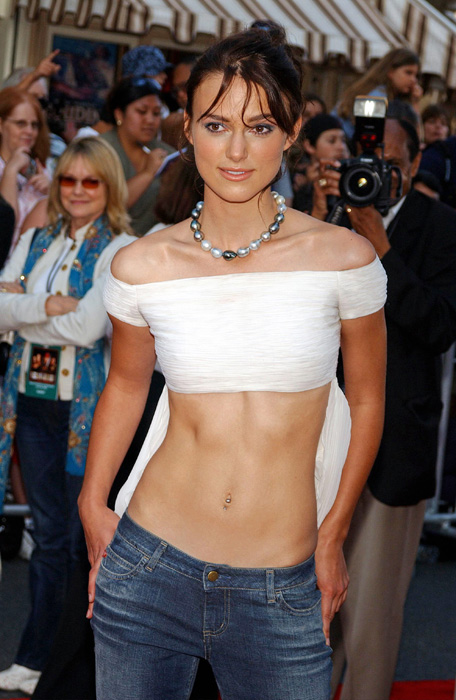 Are you ready? Go on, are you ready? I can’t hear you! Are you ready to see actress Keira Knightley appear naked & nude in her upcoming movie Silk? I’m not sure that you’re ready, but it’s happening all the same.

Knightley will be baring all in her new flick Silk, even though her husband’s character classifies her petite breasts as “like a child’s.” How rude!

21-year-old Keira will be taking on the role of a 19th century silkworm smuggler’s wife, Helene. Hew husband, Herve (what a lovely name) is a bit of a drag & falls in love with a Japanese baron’s concubine. That could get complicated.

An insider reveals that Keira will appear naked in the film, saying, “For all the people excited to see Keira, yes, you do see her topless. She is nude in a couple of scenes, once during a love scene and another when she leans over her husband with her gown gaping open and he remarks that her breasts are small and like a little girl’s.”

As we all know (and love) this will not be the first time Knightley has dropped her top for the cameras, the Pirates of the Caribbean actress has show her breasts in the films The Jacket, Domin, & The Hole. Nonetheless, I know you’re not going to get any sleep until this movie comes out in the theaters.

Thanks to ImageShack for the picture.