.
You are here: Home / Celebrity Friends & Family / Kate Winslet Takes a Year Off Acting to be a Mom 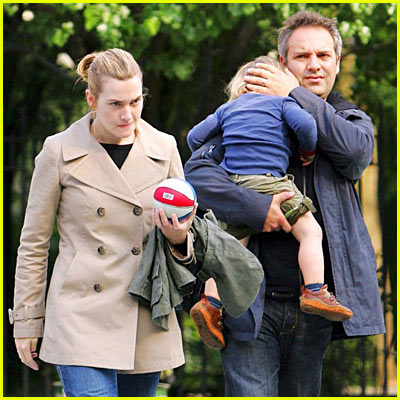 Actress Kate Winslet has decided to give up her acting career for a year to be with her children.Â  Winslet recently came to this decision while working on the film Little Children, in which a mother is emotionally & physically disconnected from her child.

“It was very trying to play a mother who basically couldn’t feel close to or look after the needs of her child,” Winslet stated.

“It was disturbing to put myself into that woman’s head and it made me all the more aware of my own responsibilities as a mother.Â  It was such a cathartic experience to portray somebody who can’t cope with her life that it reminded me how much I need my own children.”

“That’s why I’ve decided to take a year off to be with the kids and watch them grow and just enjoy the feeling of being very motherly.”

“I’ve done enough good work in my career not to be worried or torn about not working.”

Kate, who has made three films in the past year alone, will be able to take it easy in the following months.Â  Maybe she’ll have the best birthday ever this year, the actress turns 31 Thursday.