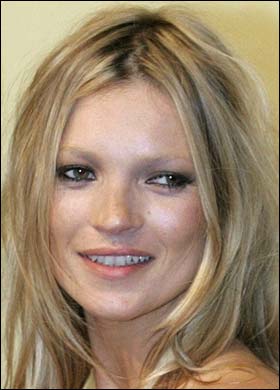 Kate Moss has kept herself very busy while her boyfriend Jamie Hince (of The Kills) recorded his new album in Britain.

She was spotted at an ultra-luxe hotel in Cancun, supposedly on work for a Topshop photo shoot. But sitting topless and flirting with a mystery man wasn’t obviously part of the project. They chatted, and at one point, he draped his half-naked body over hers. One witness said: “They were very playful and touchy-feely and seemed to be having a lot of fun.”

Kate already pissed Jamie off when she refused to go on stage with his band. Guess what his reaction will be now? (And will she care?)