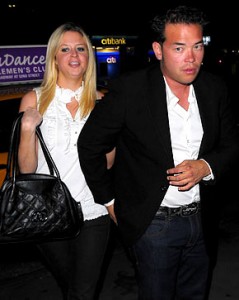 Who wouldn’t be? Who isn’t? Kate Major should just keep quiet, though. From the start, it was her who kept saying things. Jon never really did say anything about his love for her. Now, Major is saying she is shocked that he is dating someone else so soon after their split. Were they ever really together anyway? And why should anyone expect anything else from the reality octo-dad?