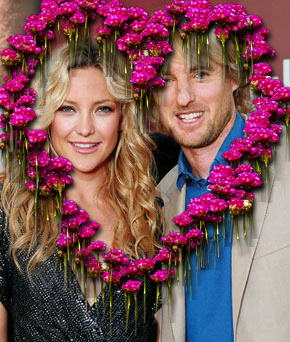 After six weeks of separation from Black Crowes frontman Chris Robinson, Kate Hudson is ready to file for divorce.Â

A friend has told Us Weekly, “She is filing for divorce imminently.”

Imminently.Â  Wow, make it sound so urgentÂ & earth-shattering.Â  I guess this whole imminent thing is forÂ the Golden Stallion Owen Wilson.
Â
Another friend adds, “As soon as she files, it relieves a lot of the pressure of going out with Owen.”

Hudson has been spotted with Owen having dinner, at soccer games, and a trip to Hawaii.Â
Â
“She’s much more true to herself when she’s with Owen,” says a source.

“Kate has never been happier.”

You know, once you’ve ridden the stallion, you never go back.