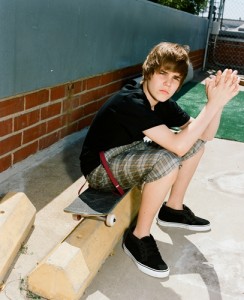 If you havenâ€™t seen his video or listened to his tracks yet, then you must be hiding under a rock. At 15, Justin Bieber is taking Hollywood by storm with â€œOne Time.â€

His story is that of your typical YouTube sensation. Three years ago, the then 12-year-old Canadian joined a local singing competition called Stratford Idol and won second place. He wanted to share his victory with his friends and family who didnâ€™t get to see the show, so he posted his videos on YouTube.

â€œBut it turned out that other people liked them and they started subscribing to them,â€ said Justin. â€œThatâ€™s how my manager found me. He saw me on YouTube and contacted my family and now Iâ€™m signed!â€

Itâ€™s not everyday that a 15-year-old gets signed by R&B singer Usher. In October 2008, Justin was torn between signing for Justin Timberlake and Usher. â€œIt turned out Usherâ€™s deal was way better,â€ Justin revealed. â€œBut I still would like to work on a collaboration with Justin in the future,â€ he said during a phone-in interview with Ryan Seacrest. 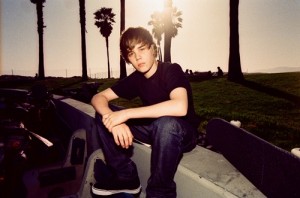 â€œThings are just happening so fast,â€ he added. Itâ€™s been less than a year since Justin signed to Island Records, and heâ€™s already making the Hollywood rounds. Numerous TV and radio guestings, red carpet appearances, a debut album, a music video, and 535,000+ facebook fans are keeping this lad busy.

Get the Bieber fever!