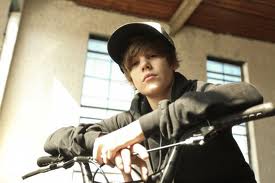 Sure he’s a crappy actor (see the T.V. show ‘True Jackson, VP’), but there is one way to take Justin Bieber to the big screen, with the release of a Justin Bieber concert film in 3D. The “movie,” being released by Paramount Pictures will arrive in theaters Feb. 11, 2011.

The movie is being directed by Step Up director Jon Chu and this is what he had to say about it’s release:

“[It’s] a movie for his fans, a movie for people who don’t know him, and we’re gonna tell the underdog story of where he came from,” while adding, “Because it’s a really fascinating story and it has a lot to do with our sort of digital lifestyle now. He was able to do what corporations try to do now when they use YouTube and they don’t even know what to do with it yet. It’s a pretty cool story for our time.”