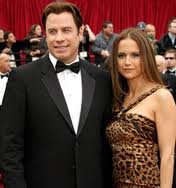 The happy couple of 19 years released a joint statement to People Magazine and in that statement they said:

“It’s impossible to keep a secret … especially one as wonderful as this.”

The couple had a baby shower at their Florida home at the start of September, however no due date has been announced.

Currently they live with their ten-year-old daughter Ella Blu.  16-year-old son Jett died of a head injury he suffered during a stroke in the Bahamas.