.
You are here: Home / Celebrities / Joey Lawrence Rips His Cornea On The Set Of “Melissa & Joey” 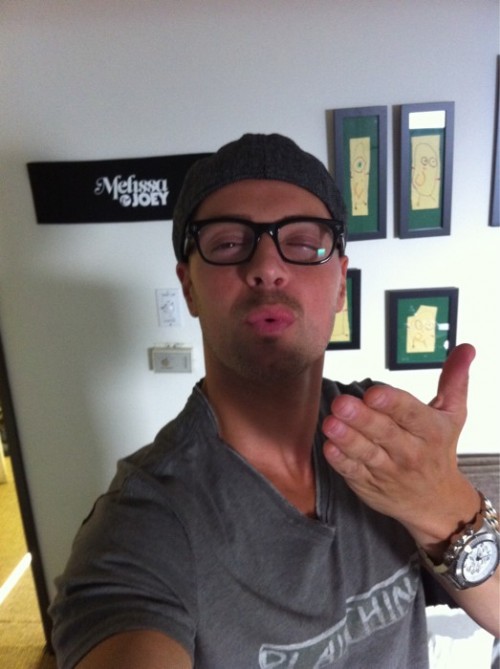 “got hit in the eye yesterday mrng by accident [on] the set and it ripped my cornea,” adding “Trying to heal so I can do the show tmrw and be ok!“

He later said: “Thank you for all your well wishes my tweeters! I’m in some pain right now but trying to heal quickly….Thank you again for all your love! I have the greatest tweet peeps in the world!! Xoxo”

I bet nothing like that happened to Joey on the set of Blossom.