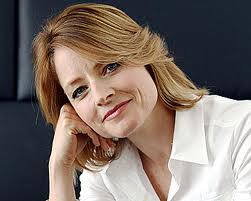 Jodie Foster is no longer being charged with the assault of a 17-year-old boy that she allegedly attacked at a Los Angeles-area shopping mall earlier this year.  According to RadarOnline.com the Los Angeles City Attorney’s Office dropped all charges after “declining to prosecute” due to lack of evidence.

The Los Angeles Police Department tried to get an official statement from Foster for 3 months, however they could not get a confession from the actress.

The alleged assault occurred on May 29th at a Grove shopping complex where the police report says the boy saw Foster in the valet parking section of the complex, when he approached her for a picture she attacked.

“Jodie pushed and shoved him leaving scratches and bruises on his arm … She came after him, poked him in the chest and said, ‘Do you even have a mother you slime ball?’ He didn’t mouth back at all and was scared of her.”

On the other side Jodie’s reps tell a very different story:

“This guy was most definitely a professional paparazzo,” says the rep. “He had a large camera bag and 1000mm telephoto lens. He tailed Jodie and followed her all the way from the movie theater to the valet.”

“He crowded her and her two young children and took photos of them the whole time.”

Foster’s rep say she simply approached the boy and asked him to stop photographing them.