.
You are here: Home / Mischief & Mayhem / Jimmy Buffett: The French are Idiots 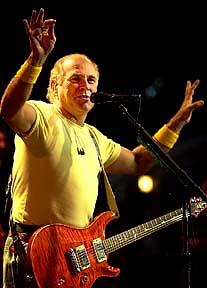 Jimmy Buffett thinks the French are a bunch of idiots & don’t know the difference between prescription medication & the drug Ecstasy.

Jimmy, is of course, speaking about that experience he had at the Toulon-HyÃ¨res International Airport where custom officials claimed he had 100 tablets of Ecstasy in his luggage.Â  The “Margaritaville” singer had to pay a $380 fee, endure the embarrassment and move on with his life.

Recently Buffett posted on his blog, stating,Â “I don’t know about you, but at a few months away from turning 60, I carry a few prescriptions, including a B vitamin supplement called Foltx . . . ‘Ecstasy,’ they said. I have never taken it and couldn’t tell you the difference between a hit of Ecstasy and Excedrin PM.”

“My vices these days consist of boat drinks, beer, wine and the occasional hot fudge sundae . . . I paid the fine, gathered my bags and my friends and as soon as they opened that door, I walked, rather rapidly towards my plane and flew out. The stern-faced authorities couldn’t take the truth as the simple answer . . . [and tried] to turn vitamins into ecstasy.”

Jimmy’s pals are backing him up as well, writer Jay McInerneyÂ stated, “Jimmy’s drug days are long past. The guy drinks a little good burgundy with dinner and that’s it.”

So maybe the French custom officials need some more lessons in telling the difference between old man Viagra & Ecstasy.Â  What do you think?