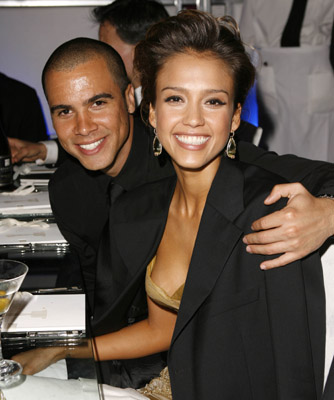 I am so pleased to be posting about something other than Lindsay Lohan’s idiocy, I can tell you that much!Â  And the fact that hottie Jessica Alba has split up with her boyfriend of more than two years, Cash Warren, makes it all worth while.

26-year-old Alba reportedly broke up with her28-year-old producer beau last week, over the phone.Â  Hrmmm, well that was kind of a bitch move,Â wasn’t it?Â

An insider reveals that Jessica called Cash & told him, “I’m not in love with you anymore.”

Within just a few short hours, Alba has sent an assistant over to the Los Angeles home the two shared together to pack up Warren’s belongings & essentially move his ass out.

Cash is very broken up about the whole ordeal, according to a source who stated, “The breakup “happened…almost out of nowhere.”

“[Cash] thinks it’s for another guy but doesn’t know….he’s totally devastated. But it was all her.”

Well, wonder who will be next on Alba’s dating list….