.
You are here: Home / Celebrities / Jesse James Opens His Piehole About Sandra Bullock 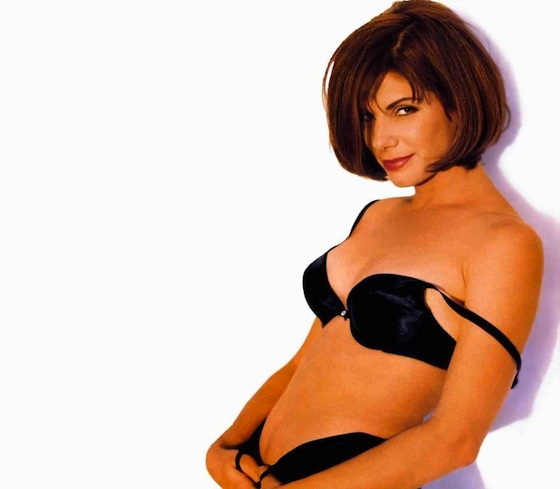 Seems like bad boy Jesse James has lost his mind. Not only does evidence suggest he screwed around on his wife, the lovely and talented Sandra Bullock (who just won an Oscar for Best Actress in The Blind Side), some might think he’s stalking her with some of his recent actions and decisions.

Bullock recently decided to leave Hollywood temporarily and split her living arrangements between Austin, Texas and New Orleans — the latter because that’s where her adopted baby boy, Louis Bardo Bullock, was born. But now Jesse says he’s planning to sell his house and thinking of moving to Austin, Texas. Exactly what is he thinking?

Ok, Jesse, you seem to be trying to make amends for the mess of your personal life, cheating on Sandra with Michelle McGee and possibly other women, the lawsuit against you, and you’ve checked yourself into rehab for whatever reason. But get over yourself. You’re hardly the world’s most-hated man. You’re just not that important. Sandra might be, but not you. You’re also not a very good actor. Your act of remorse on Nightline of having thrown away an amazing life and marriage seems just pretense. I’m tired of hearing about stars cheating then appearing in media acting remorseful. You’ll have to do better, and that’s not by moving closer to Sandra.

Seriously, why would you want to leave LA and move to Austin, right after she announces she’s moving there part time? I know you spent a lot of time there together in the past, but seriously? You couldn’t wait a while? Or live somewhere else? Or maybe you’re like the kid who covers his eyes with his hands and says, “tan’t see me!” Except that you’re kind stalking her, especially considering you also showed up at a photo shoot of Sandra and little Louis. Did anyone actually invite you there, or did you crash the party?

If you want to hear more from this douchebag very remorseful man, his Nightline interview on ABC will be televised Tues May 25th. In protest, I’ve only posted a pic of Sandra, and as a reminder of what Jesse will miss out on.