Jennifer Lawrence just won a Screen Actors Guild Award for Best Actress, but how can this red carpet darling be such a klutz wearing Christian Dior? She barely made it to the podium and almost rip half her dress just getting there. 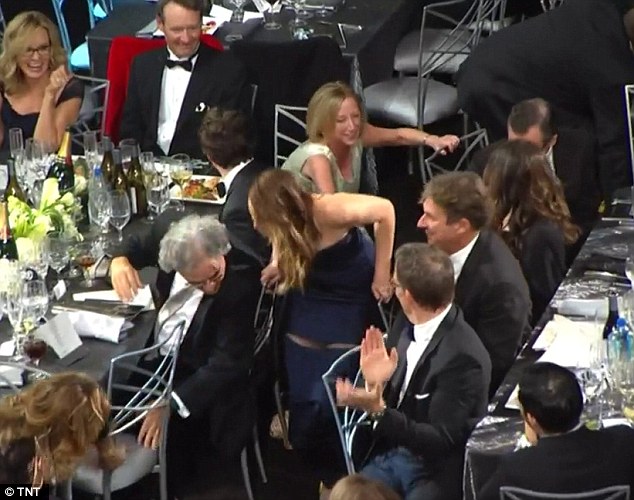 The beautiful Hunger Games star was having a bout with pneumonia, but didn’t want to miss the important SAG evening last Sunday. Luckily, she didn’t skip it as she won the award for Best Female Actor in Film for the movie Silver Linings Playbook. 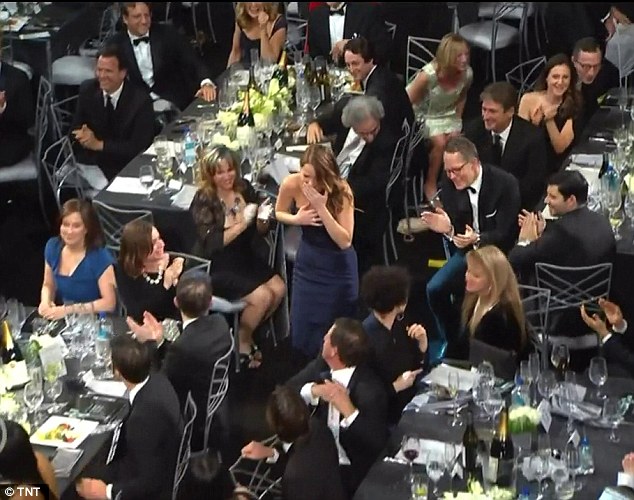 Obviously, Jennifer wasn’t feeling well and hit a snag as she was trying to get through the Breaking Bad table. 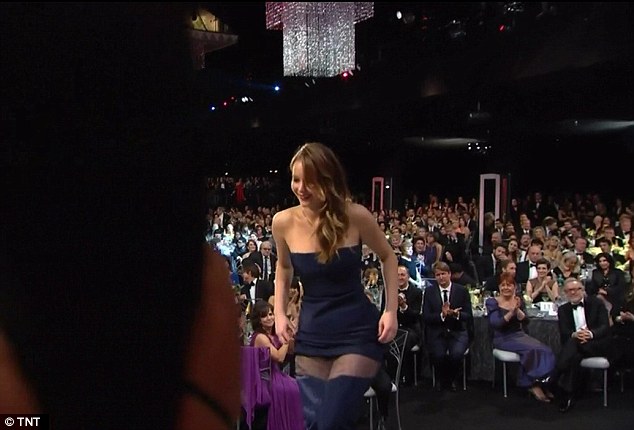 But Lawrence couldn’t care less about the dress and fabulously strode towards the stage to accept her best actress award. 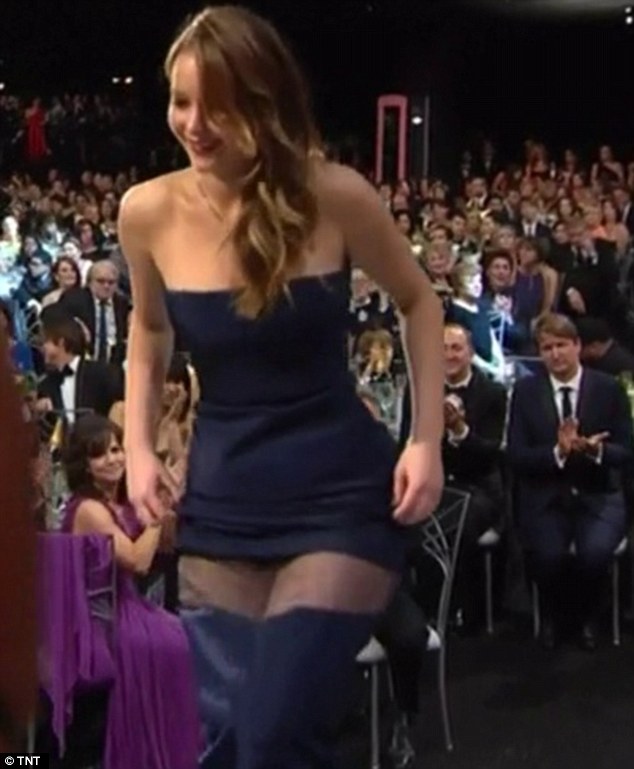 Her thighs got exposed for a few seconds. 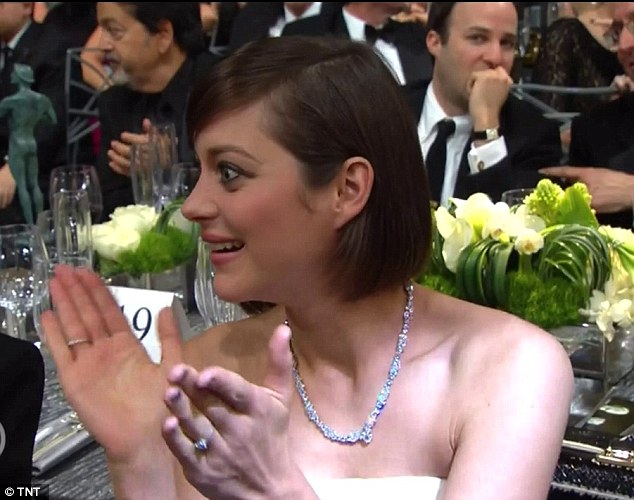 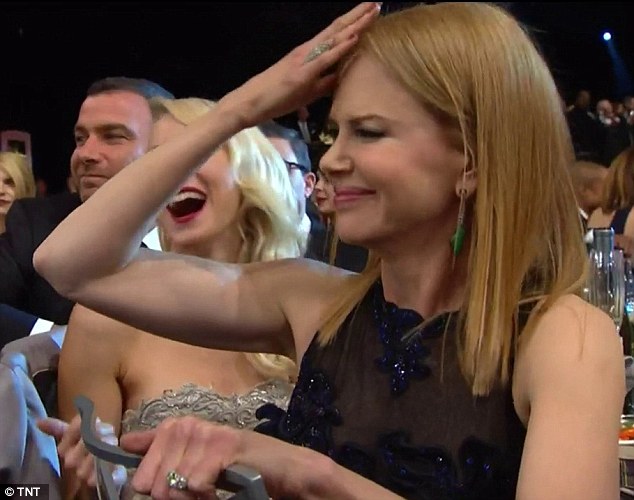 Nicole Kidman reacts to the wardrobe malfunction, but Jennifer was quick to tuck the loose part of the dress back into place. 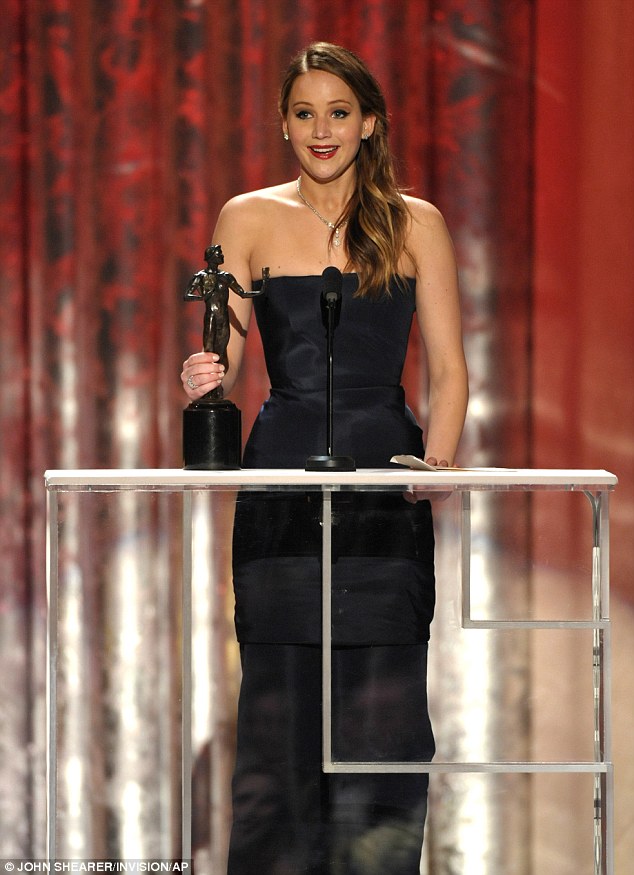 Jennifer went straight for her acceptance speech after a hug from Robert De Niro- she thanked her family, notorious producer Harvey Weinstein and her co-star Bradley Cooper of which she is rumored to be dating. She also thanked MTV for giving her first SAG gig at the age of 14. 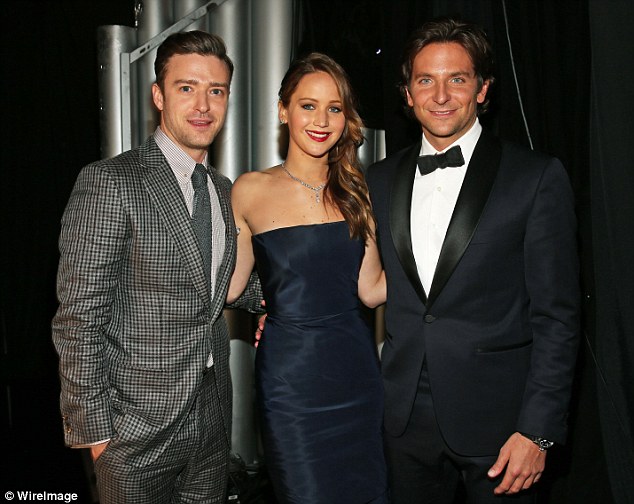 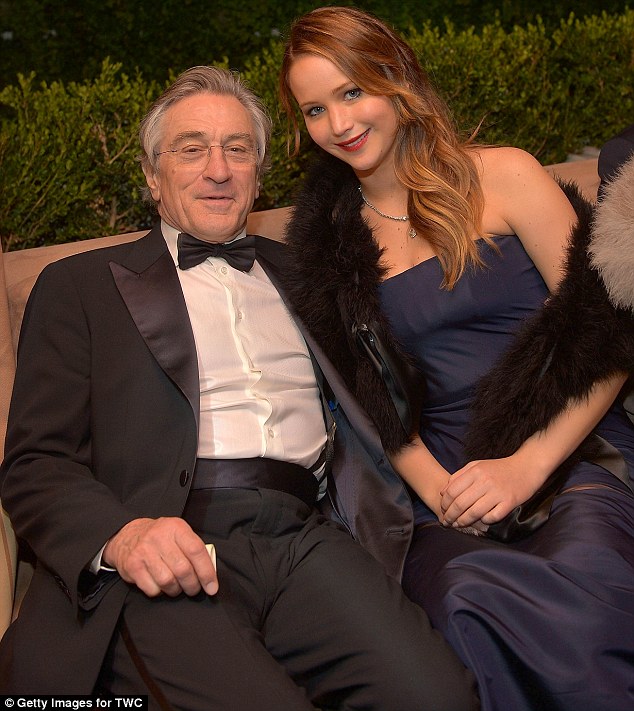 A great moment for Jennifer: Partying with De Niro at the Weinstein Company’s SAG Awards at Sunset Tower