.
You are here: Home / Celebrities / Jennifer Lawrence After The Epic Fall and Epic Win At The 2013 Oscars Awards

Every actresses know that the biggest moment in their career life is winning the prestigious Oscar awards for the best actress. But Jennifer Lawrence take it a notch higher and drew more publicity on her by tripping up the stairs as she headed onto the stage to accept her Academy Award. The 22-year-old star, who won for her role in Silver Linings Playbook, tripped on the stage stairs after her voluminous strapless Dior Haute Couture gown caused mishaps. 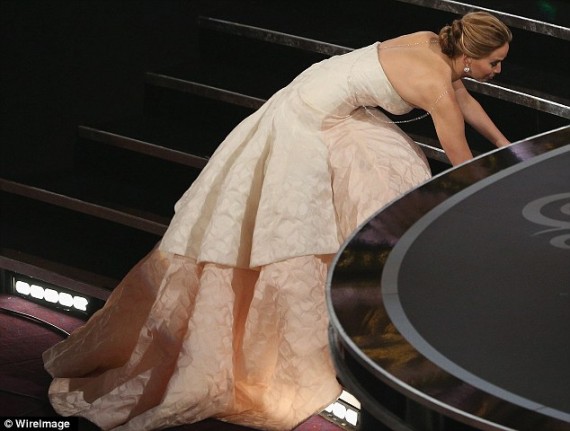 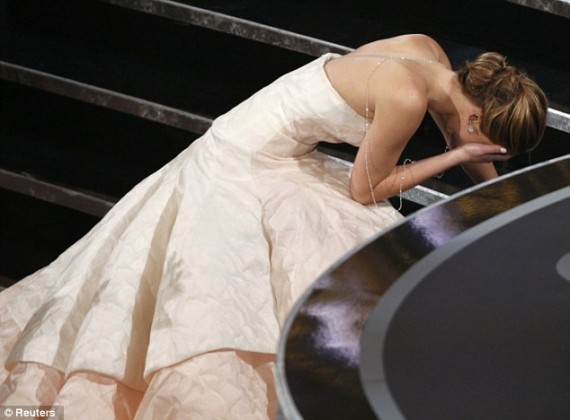 So how’s Jeniffer Larence after the big Fall and the big Win. Well, she definitely got something to say to all the reporters that will write about her “Trip” on the headlines. 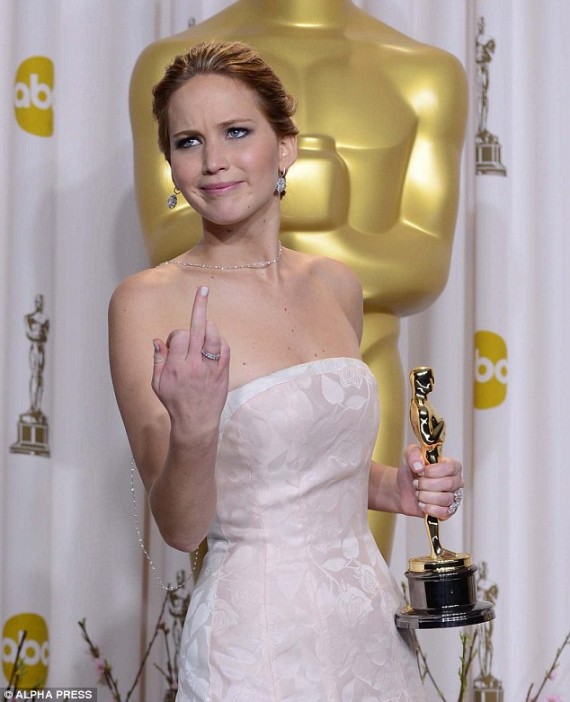 At an event as prestigious as the Academy Awards, it wasn’t the classiest of moves to give the reporters a middle finger in the press room after getting your Osar Award. But Jennifer Lawrence confessed she was bolstered by a little liquid courage. The 22-year-old kept journalists in hysterics with the vulgar gesture, explaining: ‘I’m sorry. I did a shot before I take the picture so I was kind of out of control. Sorry.’

The actress was also picture at the post Oscar awards celebration held at the Sunset Plaza Hotel in West Hollywood, with a much smaller train for a gown. Best actress is smoking hot in this picture and it seems that the only place she will be tripping and falling this time is on the hearts of the guys.

And after just a few hours here’s our beloved J Law on the go. 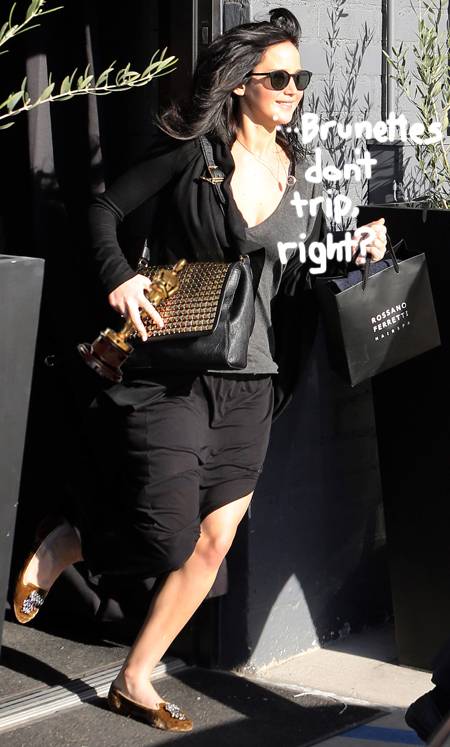 A lesser woman would’ve shirked away from the spotlight after tripping on stage in front of millions! But J. Law, however, is not a lesser woman! The Hunger Games starlet is a beautiful blonde brunette Goddess who was pleased as pumpkin pie to reclaim the spotlight only hours after being last night’s bruised belle of the Oscars ball! Cameras caught her emerging from Rossano Ferretti hair salon in Beverly Hills with a FIERCE new cut and color in preparation to resume shooting with Josh Hutcherson on Catching Fire!

Our final words for Jennifer Lawrence? It was perhaps the most unpredictable moment of the Oscars Sunday night when you Lawrence made your way to the stage darling. But you winning the award is not unpredictable in so many ways. We love  you and your acting skills. Let’s cheer for more Oscar Awards we sure you’ll get in the future. PS We couldn’t get enough of your striking Dior Haute Couture creation which was reminiscent of a wedding dress, We would love to wear it at any prestigious event, we just need to be careful taking the stairs though. 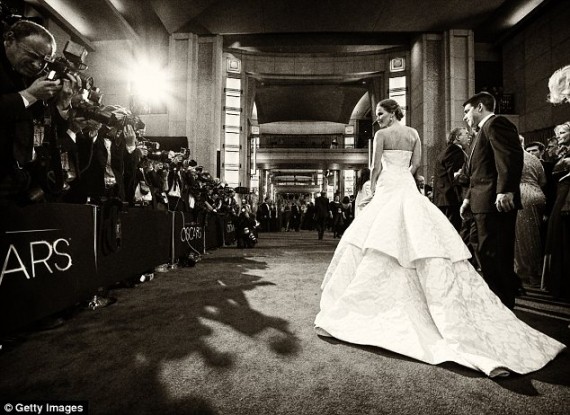