.
You are here: Home / Fame & Fortune / Jake Gyllenhaal: A Short History of the ‘Brokeback’ Cowboy 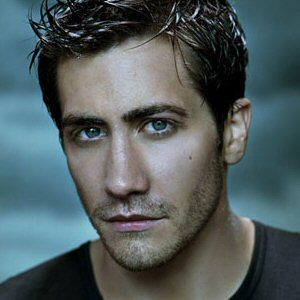 I’ve been wondering about old Jakie G lately.Â  How did he go from the devastatingly bad film The Day After Tomorrow to enlightened movie such asÂ DonnieÂ Darko orÂ Brokeback Mountain?Â  So, I thought I willÂ round up the history of Jake Gyllenhaal and see what I could find.

Jake was born in Los Angeles, California on December 19, 1980 to director Stephen Gyllenhaal and producer / screenwriter Naomi Foner Gyllenhaal.Â  Jake has some nobility in his veins, being a descendant if the Swedish noble Gyllenhaal family.Â  He was raised in the Jewish religion and had his Bar Mitzvah at a homeless shelter, his parents tried to instill a sense of appreciation for his privileged lifestyle.Â  He is the godson of Jamie Lee Curtis and is a godfather himself to Heath Ledger’s daughter, Matilda Rose.Â

Gyllenhaal graduated high school and headed off to Columbia University.Â  He stayed in college for a couple of year, but dropped out to concentrate on his acting career.Â  He actually had his film debut at the age eleven in City Slickers (so go grab that movie for the weekend and try to find ole Jake), he then began to establish himself with such films as October Sky before being cast in the title role of the highly acclaimed Donnie Darko.

Jake won attention after his work on Darko which was nominated for an Independent Spirit Award for Bets Actor.Â  He soon played opposite of reality TV hater Jennifer Aniston in another Sundance favorite, The Good Girl, which also won rave reviews.Â  So, he’s looking good- in some great films, on his way up, etc.Â  Then he decides to a part of The Day After Tomorrow in 2004.Â  This movie was considered to be a commentary on the possible effects of global warming, but all it did for me was think, “Why is Jake in a blockbuster action film?Â  Where is the Sundance king?”

From Molto Mario, which he played opposite his sister Maggie, to Jarhead, I just keep getting more confused as to what attracts Jake to these roles.Â  Can it really just be for the money?Â  He was reportedly paid $6 for his violent Marine role in Jarhead.Â  But then the Sundance cowboy stuck out his head once again with Ang Lee’s Brokeback Mountain.Â

Brokeback won the coveted golden Lion at the Venice Film Festival, four BAFTA Awards and three Academy awards.Â  So, he must be doing something right, right?Â  Maybe I just hold Day After Tomorrow grudges.Â  He will always be the interesting, yet demented, Donni Darko to me.