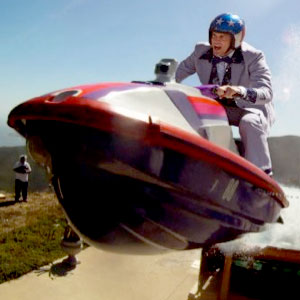 What do you get when you mix fart and penis jokes? The best box office opening weekend in 3 months, that’s what!

Johnny Knoxville, Bam Margera, Steve-O and the rest of the Jackass 3D Team raked in $50 million during this past weekends opening take, making them the most successful movie since Inception debuted three months ago and the best 3D opening since Despicable Me debuted three and a half months ago.

The team of pain beat out Red, The Social Network, Secretariat and other various scripted movies for the win.

Here’s the list of the Top 10 weekend box office totals:

Okay, so the competition had either been around for a while or was released on less than a dozen screens in limited release, but no matter how you look at it, the guys had a crew follow them around, while making fools of themselves and they took in $50 million.

Plus after having seen the 3D spectacle and having hated past Jackass events, I have to admin on many levels  I actually really enjoyed the movie.