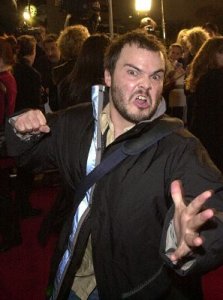 Black confesses, “I did ecstasy and went on a crazy rampage, running around, drinking and smoking like a chimney.”

Tenacious D Jack had previously admitted to dabbling with cocaine during his teenage years, beforeÂ kicking the habit with therapy support.Â

Black goes on to say, “I did some drugs and stuff but I was already into acting before that. I was doing cocaine and stuff but it was all just dying to fit in and be hardcore.”

Jack Black trying to fit in.Â  That would be interesting to see…