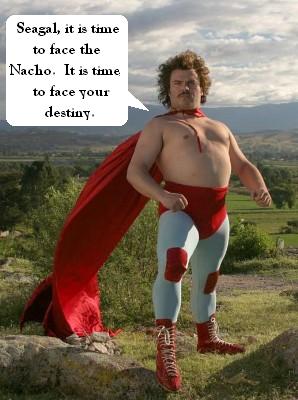 JackÂ states, “I just felt like it might be good to prove my mettle if I could take down a real fighter.

“I could go and wrestle Screech or something and that wouldn’t get me any points, so I wanted to take down someone real.

“Steven Seagal he is a real trained fighter, but he has gained a lot of weight lately.

“Nacho versus Steven Seagal–that would be a really good publicity stunt!”