Glamour and style is big in the celeb world, but even the rich and famous get it wrong sometimes. Even with stylists around them, many A-list stars don’t know how to dress for a specific location or occasion and end up embarrassing themselves terribly. 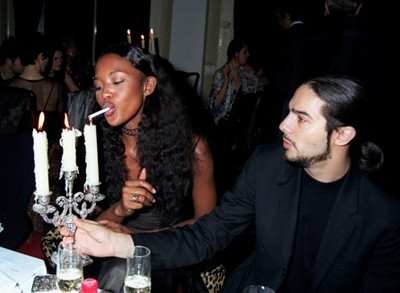 Supermodel Naomi Campbell shocked animal lovers everywhere when she was snapped wearing fur after posing for a PETA (People for the Ethical Treatment of Animals) ad. The star modelled a selection of coats made from Russian saple, as part of a campaign for designer Dennis Basso, whose creations sell for up to $200,000 each. The catwalk beauty is not the only celeb to have been caught out donning animals skins with Madonna, Rihanna and Kanye West all named on PETA’s Worst-Dressed lists.

If you want a glamorous outfit without wearing a dead animal round your neck, faux fur is all the range these days. Now you can look a million dollars without running the risk of illegally buying the glossy coat of an endangered species.

Lady GaGa stunned her fans by wearing a meat dress to the MTV Music Video Awards complete with boots, purse and a hat apparently made from beef. The outfit deeply upset People for the Ethical Treatment of Animals and caused world-wide controversy, however, the star went on to insist she meant no disrespct to vegans or vegetarians. GaGa reportedly wore the outfit to spread the message that we must all fight for out rights and not act like a piece of meat. It certainly got people talking, however, the next time you feel passionately about something, maybe don’t show up in a chicken wing bikini.

Heiress Paris Hilton reportedly upset officials while prancing around in a bikini in Dubai. The young star was apparently filming a new season of her My New BFF reality show when she decided to flaunt around virtually naked, despite the strict cultural laws. In the United Arab Emirates, both inhabitants and tourists are expected to dress modestly and ladies are supposed to cover up from at least the shoulders to the knees. TV producers apparently banned her from wearing skimpy clothing, warning her she could face arrest, but the star was thought not to listen. When travelling to a different county it is essential to check out the dress code before you travel to save causing offence or getting in unnecessary trouble.

There is always somebody at a wedding (apart from the bride) who gets the guests gossiping and at the matrimonial ceremony of Catherine Middleton and Prince William it was Princes Eugene. Donning a rather wacky piece of headwear, the newly svelte princess stood out from the crowd by wearing (what has been described by many) as a pair of antlers and certainly got a lot of attention. OK, some people loved the design and it certainly caught kept both the media and general public entertained, however, would you wear something like that to the next wedding you are invited to?

Who could forget Prince Harry’s highly inappropriate Nazi costume? In 2005 the dashing prince dressed up for a friend’s birthday party and was caught wearing a swastika armband. His choice of outfit offended many including The Board of Deputies of British Jews who reportedly said it was in “bad taste”. Unfortunately for Harry, the incident occurred during the run up to the Holocaust Memorial Day, which made the whole situation even worst. Fancy dress parties can be fun; however, it is essential to choose an outfit that won’t offend anyone – as the handsome royal proved.

Despite the paparazzi stalking their every move, celebrities are always making fashion faux pas – at least it makes them seem more human.

This entertaining and cringeworthy article was produced on behalf of Hotel Club; Where you can put your best foot forward and find fashionable hotels in New York City.