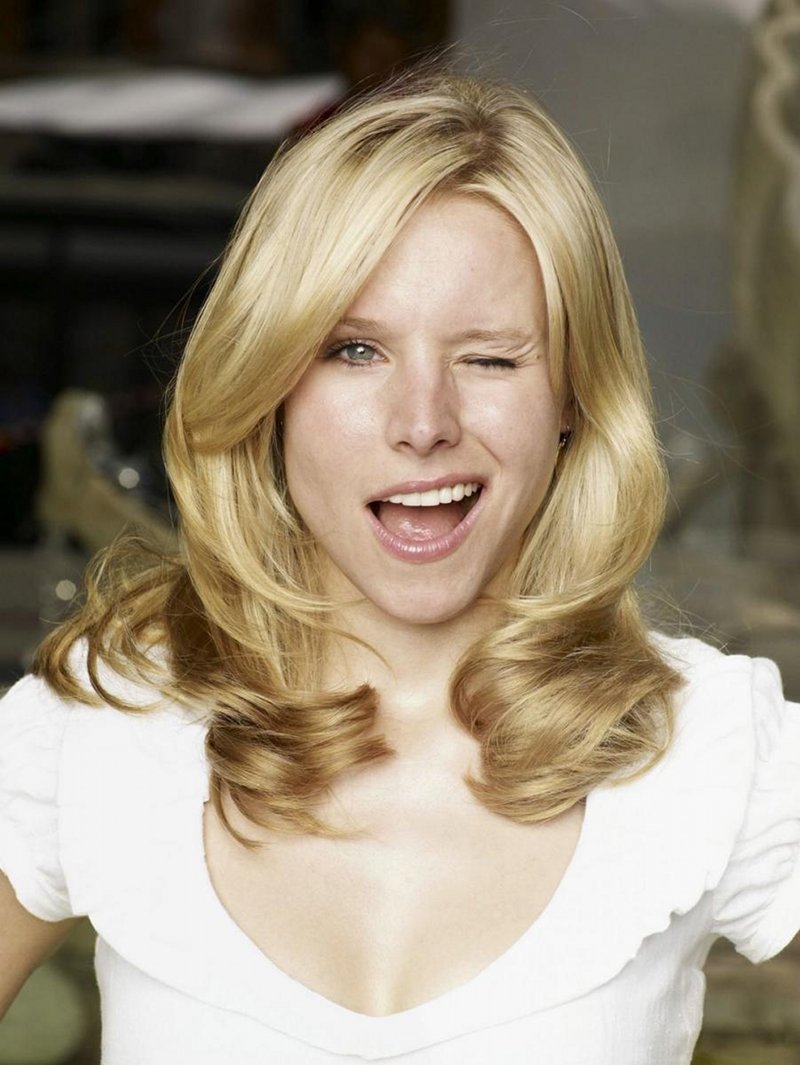 It’s not enough that she kind of weirds me out with her eyes, but now she has to pull this off? I mean seriously, a wink? Get the hell out of here with that winkage. This is no place for winking. I want to jump through the screen when I see her and push her eyes closer together, but supposedly to the rest of the world she is hot. I don’t know man, I think she is an alien or something, it creeps me out.

What movie has she been in that you thought, damn this is great movie. Forgetting Sarah Marshall was a great and funny movie and you could completely understand why he would forget about her. Hell, you had to question why he would even stay with her. Thank god Mila Kunis was around to save the day, otherwise the film would’ve been a complete disaster. That is no joke.

Now I have to deal with her in another movie? I’m not even going to put the name of the movie here because the commercials are damn near everywhere and are annoying as hell. Actors talking to us like we care what they think? Seriously? Why don’t they just make this picture the movie poster. It would cause the same amount of rage and probably save you a ton more money.

Gaaaaaaah. Don’t ever wink at me again.