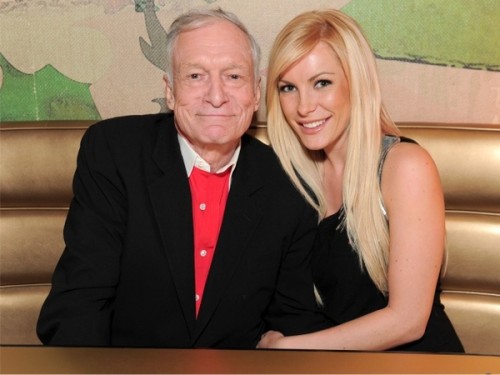 “When I gave Crystal the ring, she burst into tears. This is the happiest Christmas weekend in memory.”

Hefner first divorced in 1959 after 10 years of marriage, then in the late 90’s he separated from another Playmate of the year, Kimberly Conrad, with whom he has two sons. Conrad and Hefner, despite his various girlfriends, didn’t actually divorce until 2010.

When asked a while back if he would wed Holly Madison, he said he wasn’t interested in marriage, telling PEOPLE in 2009:

It’s unclear if he’ll still have a bunch of girlfriends, but our guess is yes.