.
You are here: Home / Celebrities / Anna Nicole Smith / Howard K. Stern Will Not Stand in Way of Larry Birkhead 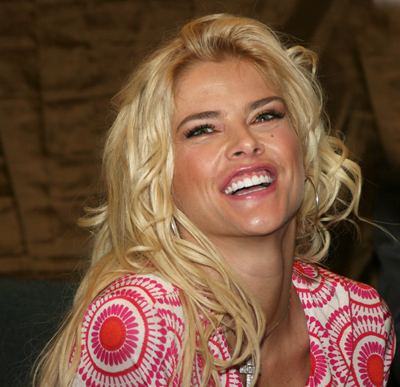 According to reliable sources, Anna Nicole Smith’s ex-lawyer/sometime lover Howard K. Stern will not stand in the way of photographer Larry Birkhead if he indeed is proven to be Anna Nicole’s baby Danielynn’s father.

Tomorrow in the Bahamas, the reults of the DNA test of Anna Nicole’s baby will finally be revealedÂ & we’ll hopefully know if the father is Howard or Larry.Â  But is anyone else but me hoping for Michael Jackson to be the baby’s father?Â  It would just make so much sense, wouldn’t it?!

Here’s the scoop thanks to TMZ:

“If Larry Birkhead is confirmed to be Dannielynn’s biological father, Howard will not challenge custody. His love for her will not change, irrespective of the results. Howard will act in Dannielynn’s best interest, because he loves her and would want a smooth transition to protect her, as she is deeply bonded to those who have been with her since birth.

While Howard continues to believe and hope that he is Dannielynn’s biological father, he wants to be involved in her life, regardless of paternity. He wants to share the memories of her mother as the person who knew Anna best and all she wanted for Dannielynn.

Howard will do whatever is necessary to assist Larry Birkhead to defeat any effort by Virgie Arthur to obtain custody of Dannielynn.

Howard was not part of the paternity lawsuit filed while Anna Nicole was alive. The first person to challenge Howard on custody was Virgie Arthur — not Larry Birkhead. Howard is dedicated to Virgie Arthur not having custody of Dannielynn. He is well aware of how Anna Nicole felt about ‘Mommy Dearest’ and Anna’s feelings were clear regarding Virgie Arthur being anywhere near Dannielynn.

Speculation that this is somehow about money for Howard is misguided and wrong. Howard has never made a TV or book deal even though he is the one who knew Anna Nicole best.

Howard wants Anna Nicole to be remembered as an icon like Marilyn Monroe, and he knows a lot of damage has been done to her image in the past two months. This restoration of Anna’s image is important for Dannielynn and the views she will have of her mother as she grows up. He also wants to make sure that only Dannielynn profits from Anna Nicole’s name, likeness and estate. As TMZ reported earlier, the money from Anna Nicole’s funeral went to a trust set up for Dannielynn. Howard set up the trust but he does not, and will not, receive any money from it and is not the trustee.”

The results will be revealed tomorrow in a Bahamas court where Howard K. Stern, Larry Birkhead & Anna Nicole Smith’s mother Virgie Arthur will be present.Â  Let’s get those votes in now on who you think the father will turn out to be…