.
You are here: Home / Celeb news / How Celebrities Are Using Crowdfunding In Their Own Lives

Celebrities are using crowdfunding often, to raise money to create new television shows or to make sequels to movies. Even rock stars have used crowdfunding to put out their next albums. It’s the way you make money these days, for entertainment and for life.

Whether they are using the popular names in crowdfunding sites, or they are choosing lesser known options in crowdfunding, it is a great way for celebrities to get the money that maybe the studios and backers just aren’t ready to front. Fans of television shows that are gone and movies that should have gone on are happy to spend their hard earned money to see a comeback.

Here are a few of the successful crowdfunding campaigns that have been done and well talked about, because of their popularity and the people that were behind them. 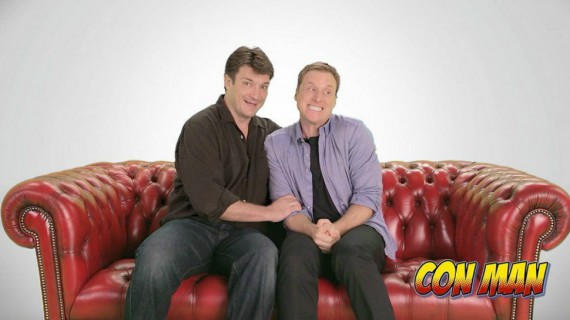 Con Man has been touted as a reunion of the Firefly/Serenity crew, and was a crowdfunding pet project by alumnus Nathan Fillion and Alan Tudyk. They wanted to make enough money to make a short online series that ended up bringing in far more money than expected.

Their campaign actually ended up being the third highest money making campaign on the platform they used. The shows is online, for a fee, and has been getting great reviews.

Reading Rainbow was a childhood favorite to many children who are now adults. When LeVar Burton, the children’s show’s host, decided to strike up a crowdfunding campaign to bring the show back it quickly became a favorite campaign. It raised over five million dollars, ensuring this classic show could make a stellar return.

Instead of public television, Reading Rainbow is available with an app and online, making it accessible to many more people, and children.

Veronica Mars was a TV show starring Kristen Bell, and garnered a large cult following. After three seasons the show was gone and hearts were broken. Veronica had a place in many people’s hearts.

After an extremely successful crowdfunding campaign the Veronica Mars movie came out, and with any luck you’ll see a sequel.

One of the most recent successful campaigns funded fully is for the soon to be released SLC Punk 2, which is making a lot of punk fans happy that they will get to see heroin Bob again. The DVD is going to be released early 2016.

They even just released a clip of the soon to be released sequel, which will surely become a cult classic just like the original.

Crowdfunding can do amazing things for celebrities, and even non-celebrities. Why not try it out yourself! Fully funded or not, it can be a great experience.