With the Teen Choice Awards just concluded, we thought it appropriate to acknowledge some of the year’s notable teen stars on our own. And yes, we’re taking about the best, and not the rotten eggs! *coughs* 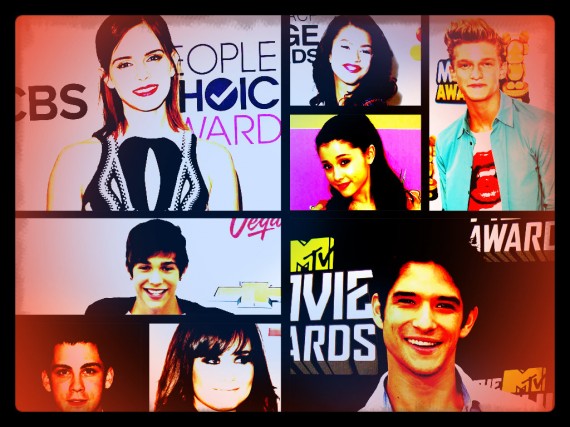 Hollywood’s newest ‘it’ girl is this former Victorious star. Now, the miniature version of Mariah is gearing up for her own share of the limelight with the release of her debut album, Yours Truly, later this month.

People who previously likened Cody to the Biebs were wrong; its actually Jason Mraz and Jack Johnson he’s channeling, with a bit of R&B thrown in. Catch him “La Da Dee” his way up the charts!

Seriously, if you don’t recognize the existence of the goddess — that’s Selena Gomez — by now, your life’s a lie.

Riding on the success of his MTV series, Teen Wolf, Tyler Posey is slowly inching his way to A-list status. Though he might have gotten engaged, we still think he’s damn fine!

Post-Harry Potter, and everybody knew that lil’ Hermione would be the breakout star. From The Perks of Being a Wallflower to The Bling Ring, we can expect more off-beat performances from this bombshell.

You know the names of each of the boys, their songs, and probably even their likes and dislikes on girls. If you don’t, millions of pre-teens do anyway, so the money will keep on rollin’ in as long as they’re alive. It’s that intense.

Shake It Up might be nearing its end, but Zendaya Coleman’s already  welcoming another phase in her career: music. “Replay” is only one of the pop treats you can expect from her debut album due this fall.

The Percy Jackson star is one of the season’s most in-demand young actors, with two more films on the pipeline. Surely, he’ll continue to win more hearts and fans with his devilishly boyish looks.

Yes, Demi has climbed up that “skyscraper” and gave us all a “heart attack”. This X Factor judge looks like she’s not going away anytime soon, not with those mighty vocal cords of hers.

Now that Justin Bieber chose to piss on buckets instead, we might all want to move on to the next thing: Austin Mahone. Exuding that same swag, but with better vocals and dance moves, we’re rendered speechless.