.
You are here: Home / Celeb news / Hollywood Stars Who Are Surprisingly Good Dancers 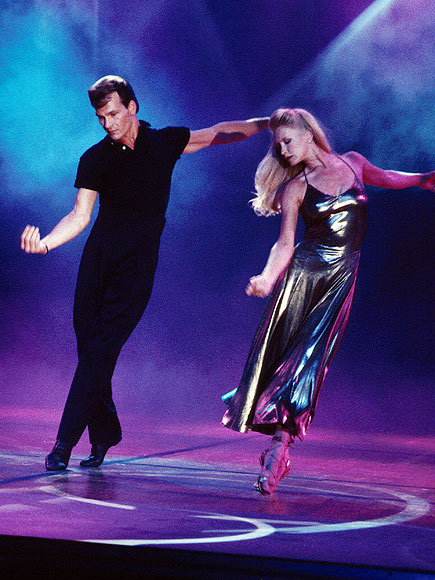 Christopher Walken has proved his dancing skills in both music videos and in movies. Fans of Fatboy Slim may remember seeing his dance skills in their video for Weapons of Choice. Rumor has it that Mr. Walken started his career as a dancer, before he became an awesome and well known actor.

This one is probably pretty surprising to people that didn’t see that music video, since he just doesn’t seem like the dancing type when you look at him or watch his movies.

According to Arthur Murray, dancing is a great thing for men to learn for many reasons. It’s great for keeping fit and for attracting the ladies, just ask Patrick Swayze (but you can’t, RIP). For generations the movie Dirty Dancing has attracted women that love a romance, and shown them all that Mr. Swayze was a pretty talented dancer.

The world lost a very talented man when Swayze died from cancer in 2009. Not only was he a great actor and a great dancer, but he was also a pretty good singer. The song “She’s Like The Wind,” from Dirty Dancing, was sung by Swayze.

Speaking of actors that have attracted the attention of the ladies, Channing Tatum was catching the eyes of women all over the world long before he took his first dance step in Magic Mike, but now with Magic Mike XXL, he has women drooling in the theater aisles. That boy can dance.

Tatum will likely be showing off his dance moves in a third Magic Mike movie, with it’s huge popularity.

Dancing isn’t just for the guys. Jessica Alba has been turning heads for years, not just for her stellar acting skills, and her awesome wellness company, but also her dancing abilities. Don’t believe it? Go rent the movie Honey and check her out.

Jessica Alba spends most of her time working on being well and helping others be well with The Honest Company.

John Travolta was a disco dancing fool back in the late 70’s. He followed his disco time in Saturday Night Fever with more dancing in Grease. He might not do a lot of dancing in the movies these days, but he sure stole some hearts in the past, and showed he has some dance floor skills.

Depending on how old you are, or how old your parents are, you may just remember the ‘Carlton Dance.’ If you don’t, The Fresh Prince of Bel-Air still runs in syndication so you can check out reruns and see Carlton’s great moves. The Carlton wasn’t Mr. Ribeiro’s only dance move, as he got his start on Broadway. He was also the Tap Dance Kid.

Take some time and look for Vin Diesel on YouTube and you’re likely to come across a video of him break dancing, and he’s pretty good at it too.

Who are your favorite celebrity dancers?