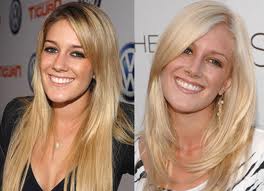 Whether you prefer Heidi Montag pre or post-op plastic surgery, the new sex tape she made with soon-to-be ex-husband Spencer Pratt will include both!

TMZ jokingly reports that in part of the videos you’ll see her making facial expressions, while in other parts of the video she’ll look as stiff as a board.

Spencer Pratt is in talks with Vivid Entertainment to sell the video and it’s reported that Montag “makes Kim Kardashian look like an amateur.”

What do you think, will you sneak a peak. I think it could be a trainwreck worth a closer look, but I’ll probably have to wash my eyes out with liquid soap when it’s over.