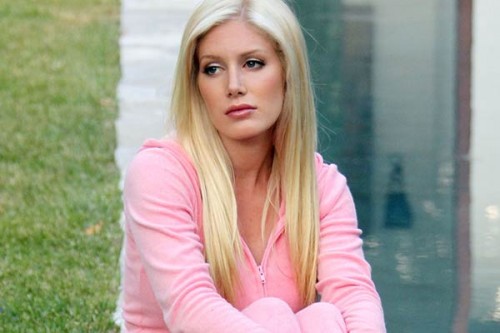 Heidi Montag believes she might be pregnant, news that’s arriving just after her and hubby Spencer Pratt split up.

A little Speidi boy is a frightening prospect, I feel sorry for the kid already, even though they may or may not actually exist. Given their parents just think about how dumb that child will be…pretty much too stupid to function.

Montag filed for a legal separation from her husband and Hills co-star on Tuesday at a Santa Barbara courthouse. The couple have reportedly been at odds with one another since November when Heidi had enough plastic surgery done in one session to make Joan Rivers cringe. Apparently Spencer has been unbelievably controlling over the last few months, yet the couple had remained intimate up until the day Heidi walked out.

“She and Spencer had an active sex life right up until the day she walked out the door, and she was terrified that she could be pregnant,” adding “This is the last thing she needs right now.”

Spencer Pratt has vocally said he does not want children on more than one occasion and for that very reason I hope it’s triplets, maybe even quads.