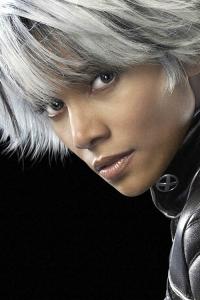 X-Men hottieÂ Halle Berry has hinted at a fourth installment of the popular X-Men movies.Â  There may be more to come after the third film hits screens this summer, because fans areÂ jonesing for more.

X-Men: The Last Stand was supposed to be, as indicated by the ‘Last Stand’ part,Â the final film of the sci-fi series but Berry is teasing us with more if fans will support a fourth or even tenth film.

Halle states, “There’s no real significant talk about it but I think if this one did well it would warrant a four. I’m sure the studio would be thinking that the franchise isn’t dead and people love X-Men and want to see another one and I think they would (do another one).

“I would (do it) as long as I could. I’ve got some projects now that should keep me busy for the next two or three years if I’m lucky. It’s a franchise that I love and a character that I love and now that I have a voice in the movie I really love it. If another great X-Men (film) came along I could probably change my plans.”