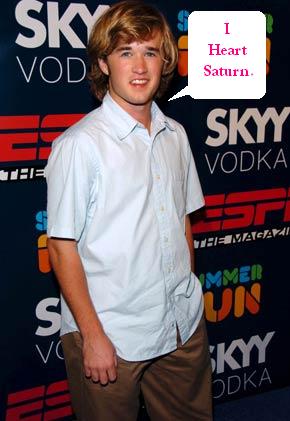 18-year-old actorÂ Haley Joel Osment was hospitalized early this morning with non-life-threatening injuriesÂ after his 1995 Saturn overturned in a Los Angeles suburb.

Apparently the young actor was not wearing his seat belt as he lost control of the car & collided with a brick pillar which caused the car the then flip over.Â

“The collision caused the vehicle to flip over onto its roof and come to rest a short distance away,”Â said a police officer for theÂ Los Angeles County Sheriff’s Department.

When deputies pulled Osment from the wreckage, he was conscious & able to speak, but that he looked “banged up and scraped up.”

He had apparently not been wearing a seat belt, Sisneros said.

Baldwin faces charges of reckless driving and driving with a suspended license & Osmet faces the ridicule & wonder of driving a 1995 Saturn.