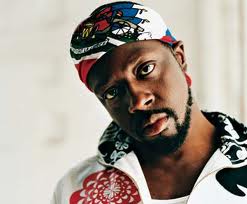 Wyclef Jean announced this weekend that he will no longer be in the running for the Presidency of Haiti after officials in the island nation disqualified him from running.

Wyclef had been a very active member in the countries rebuilding efforts after they were ravaged by an earthquake, however his long standing residence in the United States may have been his downfall. Over the last several weeks (since announcing his candidacy) Wyclef has been receiving various death threats.

Wyclef released the following statement in regards to the decision:

“It is with a heavy heart that I tell you today that the board of elections in Haiti has disqualified me from my run for the presidency of the country. Though I disagree with the ruling, I respectfully accept the committee’s final decision, and I urge my supporters to do the same. We must all honor the memories of those we’ve lost–whether in the earthquake, or at anytime–by responding peacefully and responsibly to this disappointment.

I was inspired to run for president because I know Haiti can become great with the right leadership, and I believe I could be that leader; but, ultimately, we must respect the rule of law in order for our island to become the great nation we all aspire for it to be.

I want to assure my countrymen that I will continue to work for Haiti’s renewal; though the board has determined that I am not a resident of Haiti, home is where the heart is–and my heart has and will always be in Haiti. This ruling just tells me that I can’t officially seek the office of president. More importantly, there is no one who can tell me to stop my work in Haiti, and there is no one who could. I think of my daughter, Angelina, and it makes me want to redouble my efforts to help give all the children in Haiti better days.

I also want to honor the memory of my father, a minister; I know that he would tell me that even though I’ve faced a setback, I must continue in all my good-faith efforts to help Haiti turn a corner to a better and brighter future. Do not think that my role in the future of Haiti is over; it’s just a different role than I had anticipated it to be.

Rest assured, this isn’t the end of my efforts to help improve my beloved country but only marks a new beginning.

It’s sad to see Wyclef and his international voice pulled from the race. What do you think about the country’s decision.