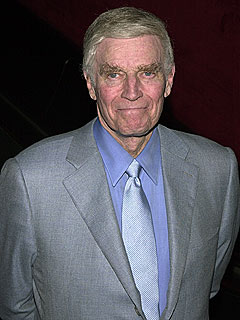 Oscar winner Charlton Heston passed away last night at 84 years old, with his wife Lydia at his side. He had been suffering from Alzheimer’s since 2002.

The actor won the Academy Award for “Ben Hur” in 1959, and was also known for playing Moses in “The Ten Commandments.” In recent years, he took the spotlight for his role as president of the National Rifle Association.

The family statement paid tribute to his life, saying that he “committed himself to every role with passion, and pursued every cause with unmatched enthusiasm and integrity.”