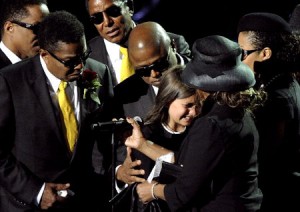 Not long after the court grants Katherine Jackson custody of her grandkids, a man has announced that he thinks he is Paris Jackson’s father. Mark Lester, a long time friend of Michael, says that he donated his sperm and believes that Paris is his daughter. He will definitely not be the last person to make claims of this sort, will he?