.
You are here: Home / TV / Glee ‘Guest’ Actor Gets Promoted To Series Regular 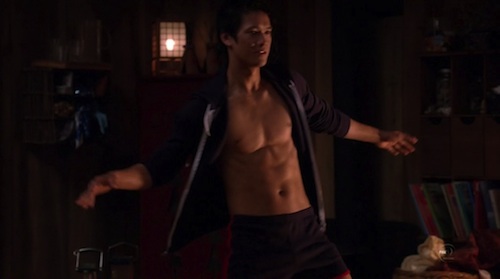 Are you a Gleek? If you are you’ll probably be happy to know that the a Glee guest actor has been promoted to series regular.

Eonline is reporting that Harry Shum Jr. better known as Mike Chang has been assigned the role of a series regular for the shows third season.

Harry will bring some crazy dance numbers to the show, while providing a dating nemesis to Artie as he may or may not fight to get back ex-girlfriend Tina.Glee characters Brittany (Heather Morris) and Santana (Naya Rivera) both began as guest spots and they turned into integral parts of the cast…way to promote from within Glee team!

On a side note, did you see the Mike Chang, Mr. Schuester dance routine on Tuesday’s show? It was pretty amazing and there should be plenty more of that to come with Shum on the full-time Glee payroll.