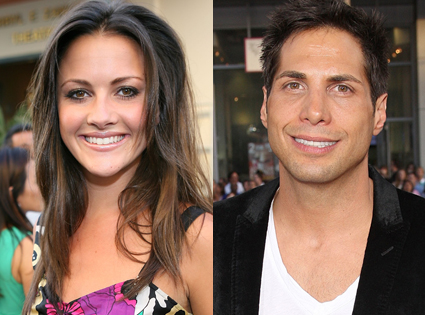 Joe Francis, the creator of Girls Gone Wild has asked Christina McLarty, a CBS Entertainment News reporter to “form a civil domestic partnership” with him this week and she said yes. The couple have been part of an on again off again relationship for the last 4 years.

Francis, who was found guilty of tax evasion a while back proposed to McLarty while they vacationed in St. Tropez this week.

After revealing the engagement Francis told The New York Post:

“We have chosen to have a civil domestic partnership because we don’t believe it’s appropriate to be married until our gay and lesbian friends are afforded the same rights as us to legally marry in the United States.”

According to Francis nothing is traditional, the couple even made the engagement ring McLarty is now wearing.

While the “civil partnership” may not be called a wedding, they do plan on having 200 guests in attendance at Casa Aramara, Francis’ beachfront estate in Punta Mita, Mexico. They are set to marry in September.