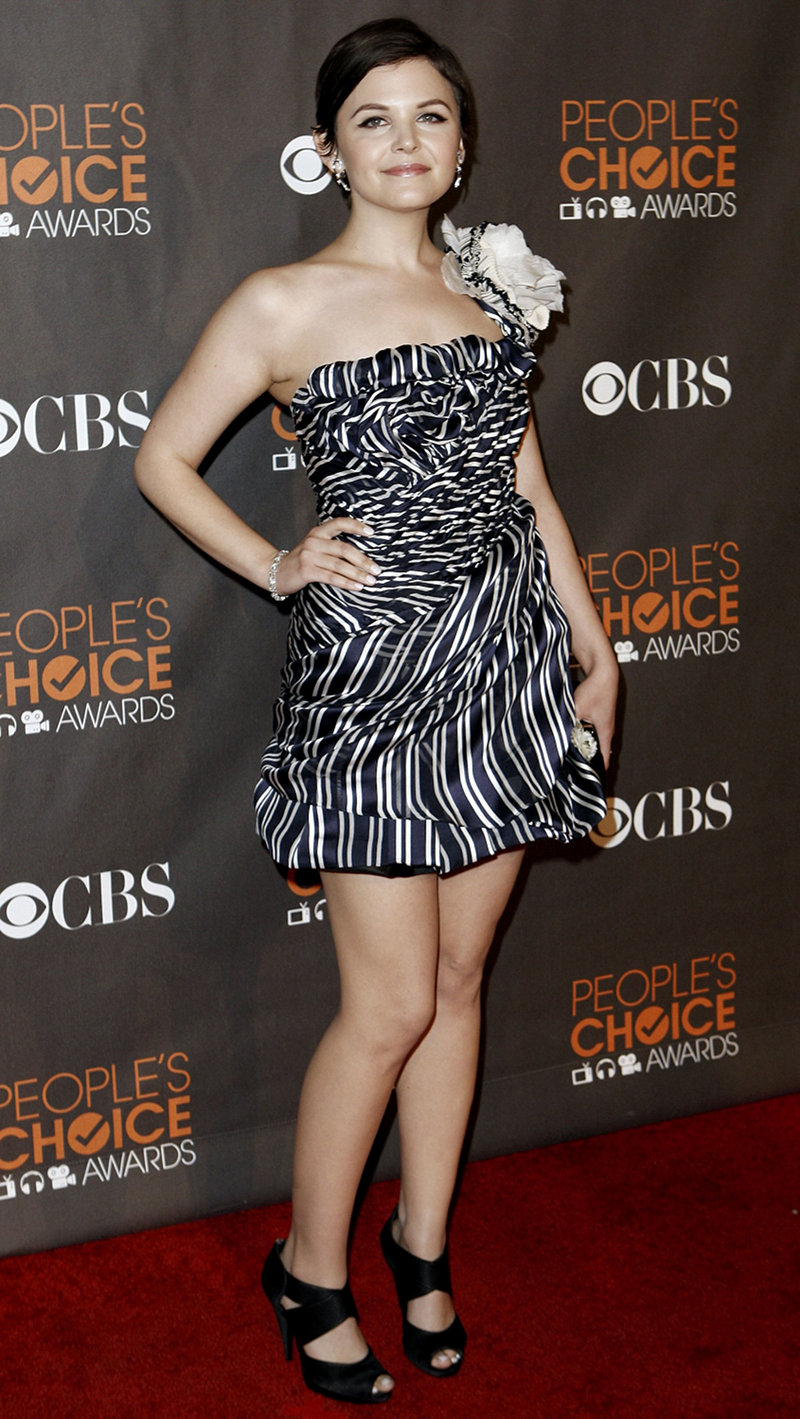 I think something is wrong when you have a name that uses the same letter for both your first name and last name. I’m going to call you a weirdo, you weirdo. Now if you have a name that aims to confuse others you are really a weirdo. Ginnifer shouldn’t be Ginnifer, it should be Jennifer. Her parents have tricked us by giving her a hand off name.

You see I truly believe that if she was a Jennifer, although a very common name, she would have starred in more blockbusters and her career would’ve blasted off a lot sooner. She is a star in Big Love on HBO now, but could you imagine if she was Jennifer?

She could’ve been the t-rex in Jurassic Park. She could’ve been the bad robot in I, Robot. I mean the possibilities are endless. However having a name like Ginnifer could be a good thing. It’s unique and it is important to be a unique person in this world of conformity.

So we need a nickname for Goodwin so she can be even weirder. I’m thinking GG or Gin&Tonic. With the second one though you can’t say ‘Gin and Tonic’ you have to say ‘gin ampersand tonic’. The makes it at least ten times cooler so she can thank me later for it.