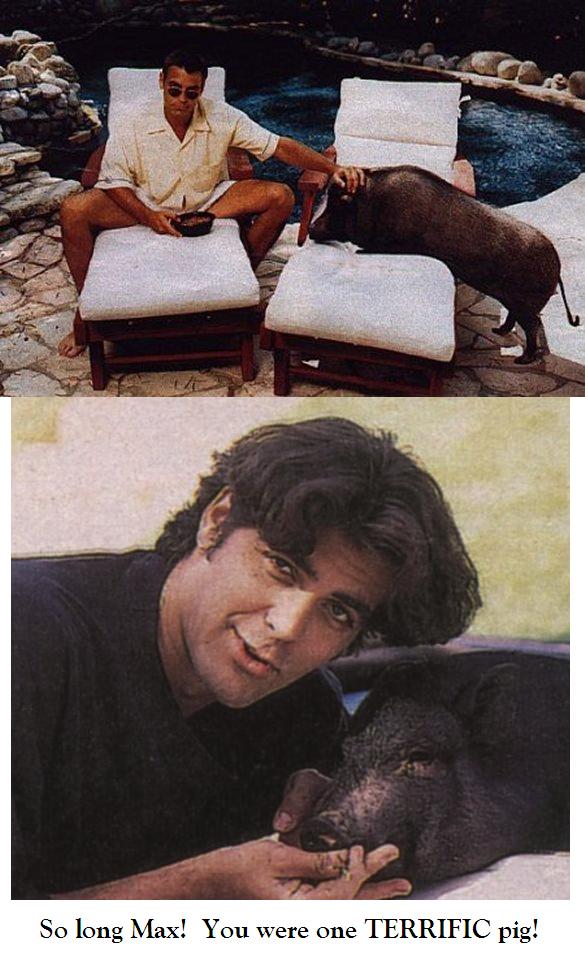 “He just died, like an hour ago, Clooney stated.Â  George had Max since he was a piglet, 18 years ago.Â  He gained actual custody of Max after he broke up with shacked-up girlfriend, Kelly Preston.Â Â

“He was as old a pig as the vets had ever seen. I was really surprised, because he’s been a big part of my life,” the Sexiest Man Alive went on to say.

“It has been a bad year for my pets,” ClooneyÂ revealed.

“I had a bulldog that died this year, too. It’s strange how animals become a big part of your family. They really become a big issue with you.”

When asked if Clooney would get another pig, the actor stated, “No.Â  I think Max covered all my pig needs.”

I love George Clooney, I mean, come on, who even has a pet potbellied pig?Â  Not many of us.Â  And I have to say, 18 years is a long time for a Hollywood relationship, or any kind of relationship for that matter!