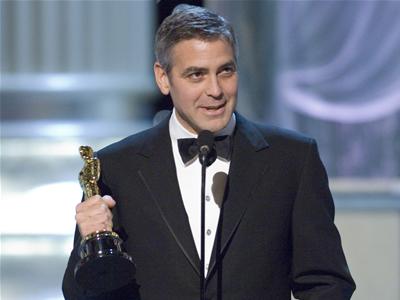 Sexypants George Clooney recently stated that winning an Oscar award doesn’t really do you much good in the long run in Hollywoodland.

Clooney, who won a Best Supporting Actor Oscar back in 2006 for Syriana, reveals that receiving the award was “really exciting”, but says he’s not going to be aiming for another little gold naked man anytime soon.

Let’s allow Clooney himself to explain, “There is an interesting thing that happens (when you win an Oscar). There is this great celebration. You’re really excited. You call all your friends. Your friends have called you. That part takes about a day. But it doesn’t make any difference. I can’t carry my Oscar with me to the studio. It’s still just as difficult to get a seven million dollar film or a 70 million dollar film financed.

“I can tell the Oscar night was a hell of a night. The party was a lot of fun. But I’m telling you I won’t gain 40 pounds like I did for Syriana in the hopes of winning an Oscar.”

I have a feeling that ole Georgie boy likes the partying a little bit more than the actual award.Â  Do you get that feeling as well?