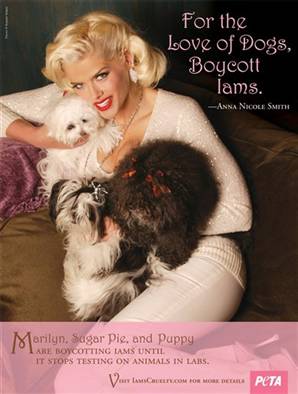 As we are all trying to put a grasp on the fact that Anna Nicole Smith suddenly died ThursdayÂ afternoon, I thought we would take a look at whatÂ her friends & family are saying about the tenacious blonde.Â

“I am very saddened to learn about Anna Nicole’s passing. She was a dear friend who meant a great deal to the Playboy family and to me personally. My thoughts and prayers are with her friends and loved ones during this difficult time.”

“We feel that the death of her son left her deeply saddened, a sadness she hid from everyone. As a mother of three children, I am anguished by this tragic event and the fact that her new baby daughter Dannielynn Hope is now without a mother.”

â€œOur family was shocked by the untimely death of Anna Nicole Smith. We wish to express our sympathies to her family in this difficult time. We understand that many of you will be asking questions concerning the ongoing litigation with Anna. Out of respect to her friends and family, we will reserve comment on the litigation at this time.â€

Paul Marciano,Â  Co-CEO of Guess for which Smith once worked:

“This is a very tragic and sad day. Personally I feel she did not survive the loss of her son Daniel, who was the love of her life.”

“E! Networks is deeply saddened by the tragic news of Anna Nicole Smith’s death. Our thoughts are with her family and loved ones.”

“She was a special person; she was an unusual person. She was genuine; she was funny; she had some class. I feel very, very sorry for everybody concerned, but mostly for that little girl.”
TRIMSPA, the diet pill company where Anna Nicole was a spokesperson & which is currently under several lawsuits:

“Today, Anna Nicole Smith’s grief stricken and tumultuous personal life came to an end. Anna came to our Company as a customer, but she departs it as a friend. While life for Anna Nicole was not easy these past few months, she held dear her husband, Howard K. Stern, her daughter, Dannielynn Hope, her most cherished friends, beloved dogs, and finally, her work with TRIMSPA. Anna knew both the joy of giving life, and the heartache of losing a child. We pray that she is granted the peace that eluded her more recent days on earth, and that she finds comfort in the presence of her son, Daniel.”

“PETA is extremely upset by the news of Anna Nicole Smithâ€™s untimely death. She was a great friend to animals and used every opportunity to speak out against senseless cruelty. We always thought Anna Nicole was a perfect fit for PETA because, just like us, she not only hated cruelty to animals and loved her dog but also couldnâ€™t be ignored, and no matter what people thought of her, they always had an opinion, one way or another.

A long-time vegetarian who had slimmed down into a stunning beauty when she stopped eating meat, Anna Nicole spoke out against Iams because of its cruel animal tests, spoke up for baby seals bludgeoned to death for their fur in Canada, and posed as Marilyn Monroe in one of PETAâ€™s most striking ad campaigns, ‘Gentlemen Prefer Fur-Free Blondes.’ It is a tragedy when anyone passes away before their time, but with Anna Nicole, animals have lost a true hero and PETA has lost a good friend. We will miss her.”

I have a feeling many people will, PETA.