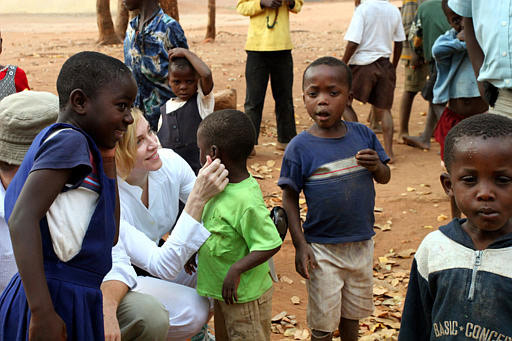 Well, it is finally confirmed, Madonna has filed adoption papers at a Malawi court today.Â The director of child welfare services, Kingston Kilembe, stated that Madonna &Â director husband Guy Ritchie filed the necessary papers before a judge at the Lilongwe High Court.

38-year-oldÂ Madonna was reported to have been in Malawi searching for a boy child to adopt, as posted earlier.Â  And now it doesÂ indeed look like Madonna is a new mother once again.
Â
A government source stated, “They [Madonna and Ritchie] have identified a baby boy in [the southern Lower Shire Valley district of] Chikwawa; we, as government, are arranging for that.”

“There are legal issues to be sorted out.”

According to Malawi laws, children cannot be adopted by anyone other than natives to the African country, but these laws have been waived for the pop goddess.Â  MadonnaÂ & Ritchie will have to act as fosterÂ parents to the child before they can officially adopt after 18-24 months.

“After that the papers are filed in a court of law to complete the process,”Â the Malawi government source stated.

This will beÂ the third child forÂ Madonna,Â who will join 6-year-old son Rocco &Â 10-year-old Lourdes in the Madonna camp.
Â
Congrats to both mother & child.